The historic community of Talkeetna sits near the Southern base of Denali, North America’s highest peak. The community has been here for a century, and has maintained its small-town Alaskan quirkiness into the 21st Century. The town is widely considered to be the inspiration for the television show “Northern Exposure,” and there is certainly no shortage of characters to be found, including the cat who acts as honorary mayor, Stubbs.

If you are hoping to catch a glimpse of “The Great One,” viewing options by jetboat, plane, and car are all available. In addition to Denali, Talkeetna offers a host of activities for summer and winter visitors.

View all Excursions in Talkeetna, Alaska 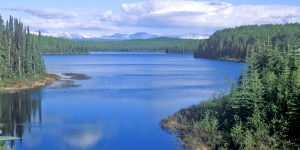